What are Cargo Ships? [All You Need to Know] 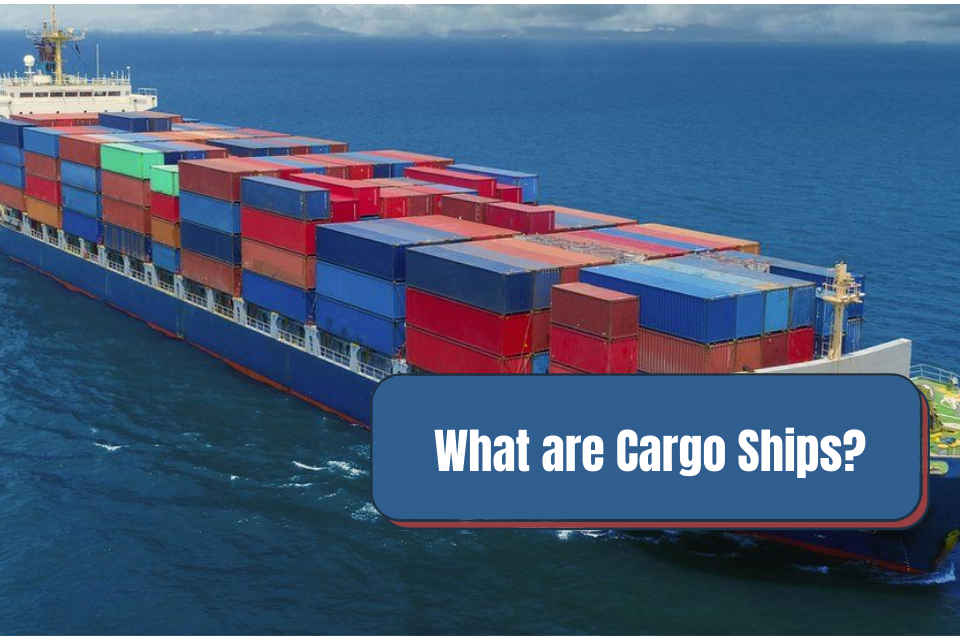 Shipping plays a significant role in world trade and has a crucial influence on the world economy. Cargo shipping is the most common type of transportation in international trade. It is one of the most efficient yet cost-effective ways to deliver goods on time, safely, and at an affordable cost.

What are cargo ships?

A cargo ship is generally known as any merchant ship or vessel that transmits massive goods and commodities from one harbor to another. Cargo ships are usually designed and built specifically for this purpose, equipped with cranes and other mechanisms for loading and unloading, and they range in size from small to large. Each year thousands of cargo carriers transport goods across the world’s seas and oceans, exporting most of the world’s goods and services.

A cargo ship is designed with welded steel, and they typically last 25 to 30 years before being demolished. However, cargo Shipments are still considered the best way of handling business goods and transferring trade goods today. It is relatively popular for managing delicate materials due to its safety and low cost.

In the case of sea freight cargo ships, different modes of transport are available depending on the cargoes involved.

Due to their popularity in international trade, container ships are generally highly automated, and newer models emit zero emissions.

decks. Food, clothing, footwear, chemicals, machinery, furniture, and motor vehicles are mainly transported on general cargo vessels. It’s also known as a multi-purpose vessel because of the diversity of loads it can handle and its flexibility.

Shipping vessels designed for transporting wheeled cargo aboard, such as cars, trucks, semi-trailers, and buses, are known as roll-on/roll-off (RORO) ships. These ships transport wheeled cargo that is stuffed on its own wheels or with the assistance of a platform vehicle. There is usually a series of decks connected by ramps or elevators and doors positioned at the knot or stern of the ship.

Breakbulk ships are possibly the oldest kind of cargo-carrying vessel still in use at sea. Shipping breakbulk by the ocean has become a common method of importing and exporting goods that do not fit in standard-sized shipping containers or cargo bins. The most common breakbulk cargos include steel girders, structural steel, oversized or heavy goods, construction equipment, machinery, and vehicles.

Bulk carriers are the best choice for moving solid bulk loads. It is efficient for carrying small or loose crush units, including cement, grains, and minerals. They use spoon-shaped cranes for loading and unloading, and we can see that there are well-defined areas on their decks for this purpose.

A gas carrier ship is a kind of freight-carrier ship that is designed to transport all types of liquefied gases to their final locations.

How many containers fit on a cargo ship?

However, many people still use containers for storage and transportation despite their great use as construction materials. Shipments of goods by cargo have been used internationally for decades and remain the most popular means of transferring goods from one country to another. It is advantageous since it allows large amounts of cargo to be moved without causing any disruptions or logistical problems.

Every day, freight liners transport thousands of units safely and securely with fewer than twenty personnel. There are different sizes of container ships, and most hold anywhere from 10,000 TEU to 21,000 TEU of cargo. Cargo ships are generally divided into two sizes: the 20ft (also known as a TEU) and the 40ft (also called an FEU).

Considering that containers are measured in TEUs, TEU capacity is the number of containers that can be placed on the deck or below the deck of a vessel. The maximum number of units that can fit on a freight liner will naturally vary depending on the size of the unit. Nowadays, the biggest freight liner can transport more than 21,000 TEUs.

Each 20ft unit measures about 20ft by 8ft by 8ft, and it has a total volume of about 1360ft3. By multiplying the volume of these containers by the number of TEU containers the boat can carry, the boat can hold a total of 29,121,680ft3.