How does COVID-19 affect the shipping industry in India? 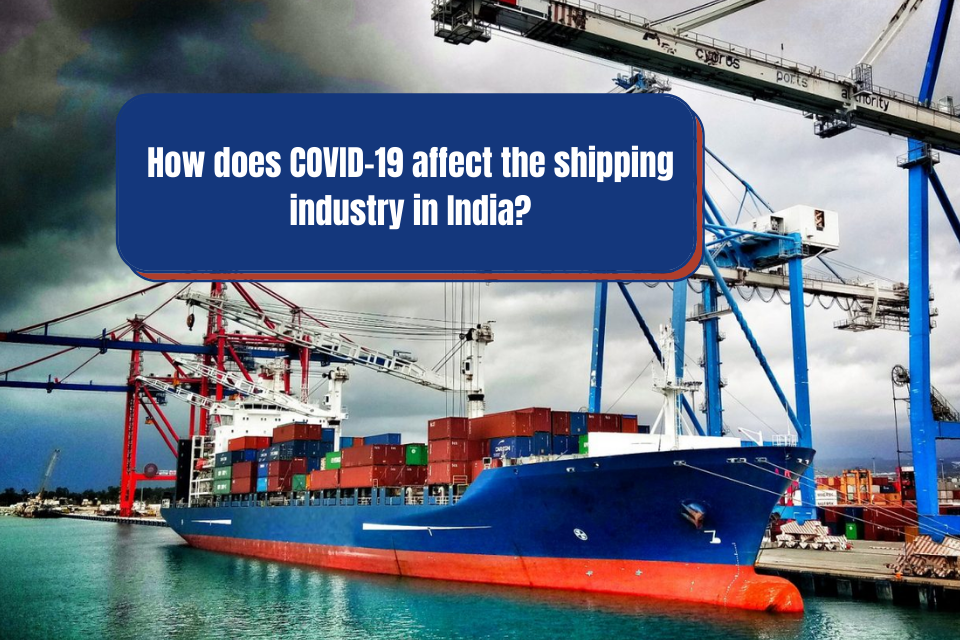 The COVID-19 pandemic has resulted in a huge influence on people’s lives, families, and communities.

One of the activities that have also been majorly affected due to the expansion of spreading this disease is the shipping and maritime industry in India.

India is one of the dominant suppliers of seafarers for the maritime sector. The shipping industry in India has been playing a significant role in supporting the world market, sustaining trade, creating jobs, linking countries, businesses and people, on a level not possible otherwise.

The impact of Covid-19 on the shipping industry in India has resulted in a situation whereby commercial shipping is confronting serious financial constraints and the cruise business has virtually closed down.

Overall, the medium and long-term effects will be influenced by global macro-economic trends which seem to become visible very severe at this stage.

Covid has caused the industry to cope up with the worst circumstances as the workforce in these sectors have been shut down for the preventing another outbreak.

During the pandemic and the pressure of the situation, a ban has also been mandated by different countries on the entry of containers and vessels that are being operated from other ports, mainly those that are transported from China. The shipping transport and maritime industry are plastered with great difficulties during these challenging times.

The pandemic has lead to shutdown of ports due to the isolation periods. The ports have closed to make sure the safety of workers and several conditions have been levied.  For instance, the ban of shipping vessels into various countries which has obliged such vessels to be on the water and not have a destination port to go to.

The entry of vessels by certain countries has been constrained or banned, thus, resulted in chaos amongst the marine transportation amenities globally.

The health authorities of India have eluded the menace of spreading COVID-19, which has led to the refusal in import and export of products and goods between countries.

All such goods that were before carried expediently on a ship have to follow a set standard of rules and processes which has limited the exigencies for such cargo. The holdup in such transportation due to added intricacies of quarantine periods has led to the further refusal of demand for such cargos.

Conflicts between owners and charters

Charters hire the vessels from the owners of the vessels and different kinds of clashes are surfacing between the owners and charters of such vessels due to loss of time and money. The owners permit the vessels to charters for a certain period for fixed expenses.

The overriding of such period results in additional expenses that have to be paid for surpassing the set period. The pandemic has imposed major challenges on the payment of such period as the vessels are banned from entering definite ports and compel them to be on territorial waters for an extended period forcing them to be a party to pay additional expenses that are under the light of dispute.

Many small enterprises engaged in the shipping and maritime industry have resulted in bankrupt due to fewer exigencies and the lack of ability to manage the finances of the company during this period of less require of cargos and shipping. This has majorly affected the small running business enterprises and even resulted in the closure of various companies engaged in this industry.

How to Choose a Shipping Agent?