The History of Commercial Air Freight 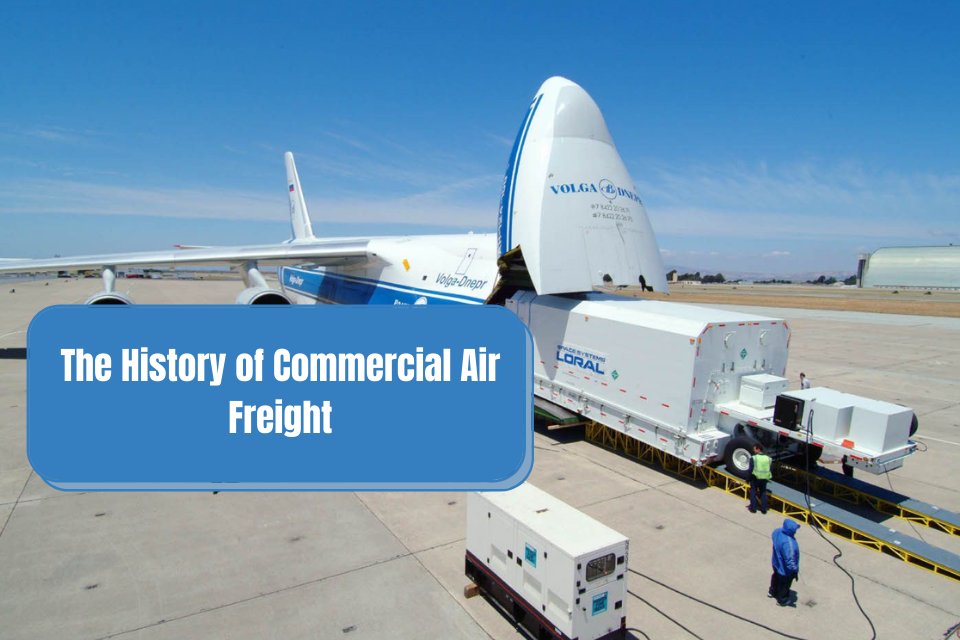 Airfreight, one of the most popular modes of transportation for shippers, has grown in popularity around the world, but it has a considerably shorter history than sea freight. While the movement of commodities by sea dates back thousands of years, we only need to look to the twentieth century to see how the cargo plane concept took off:

In 1910, a US department store decided to fly 200Ibs of silk the 65 miles from Dayton to Columbus on a cargo-only plane for the very first time. The famed Wright Brothers’ Model B plane raced against an express train to see which method could deliver the silk fast. The plane won after a trouble-free flight of less than an hour, revealing to the rest of the world that air freight could be a viable shipping option.

The first cargo-only air freight shipment set the world speed record at the time, with a travel time of 57 minutes, establishing air freight as the quickest (by far!) way to get merchandise from point A to point B.

In 1911, airmail trials in both India and the United Kingdom provided two more evidence of air freight’s potential. As part of King George V’s Coronation celebrations, a month-long airmail service was launched, carrying mail the 21-mile distance between London and Windsor.

Due to constant and severe poor weather delays, the UK airmail experiment was cancelled after almost 16 flights. Even in the relatively mild month of September, those early planes weren’t built to withstand the unpredictable British weather.

Undeterred, aviation and the airship cargo industry kept on developing consistently, with more reliable planes transporting both passengers and cargo (something that is still common practise today).. As innovation progressed and the trust in air transport improved, planes were currently venturing further and crossing sea.

The first scheduled flight from London to Paris, in 1919, carried only one passenger, leather for a shoemaker, and grouse for a restaurant — an interesting cargo mix!

During the war years, enormous progress was made as aeroplane technology was invested in and developed as a top priority. Planes were crucial in World War II, as they were the quickest route to carry troops, weapons, and supplies.

During WWII, engineers in the United Kingdom and Germany competed to create jet propulsion engine technology that would push air travel to new heights.

The formation of the International Air Transport Association in 1945 was a milestone moment in the history of air freight. Although it was still usual for planes to carry both cargo and passengers, all-cargo airlines began to emerge. Planes could now travel further and faster, but it took decades for the full potential of this for global trade to be realised.

In 1968, Boeing introduced the 747, the first aircraft with a cargo hold large enough to transport complete pallets. For the air cargo industry, this was a big victory!

It wasn’t until the 1990s that planes with the main role of moving cargo truly accumulated speed. This was because of the development of express package transporters (like FedEx, DHL and UPS), and the ascent of the internet  which made airship cargo a significantly more open and dependable possibility for shippers and exporters.

Without airship cargo, the concept of  ‘express service’ wouldn’t exist. When going via ocean, shipments from China to the UK can require weeks or even a very long time to reach. if you send the cargo by air, you can decrease the time down to just a few days!

The internet has truly created a global economy, making it easier than ever to import and export goods. Air freight is a speedy and easy way to transport of goods, but it comes with a price. As a general rule, shipping by sea is the most cost-effective option; however, there are exclusions.

The chargeable weight of a shipment is determined by the weight and size of the package. You have the option of shipping a full container load or a ‘less than container load’ with marine carriers (usually calculated by cubic metre). As a result, shipping tiny and lightweight products by air may actually be less expensive.

You should also consider about the value of the additional benefits of air freight. It’s a significantly faster shipping technique, for example, which could be beneficial to your company. It’s also a more reliable approach because air freight carriers frequently run daily schedules, thus delays have less of an influence on timelines. Sea cargo carriers are more likely to operate on weekly schedules, so if a consignment ‘misses the boat,’ it will have a greater impact on delivery timeframes – but a freight forwarder with a robust network would always try to minimise this.

What is Air Freight Logistics?